2021 Board of Directors Election

It’s election season at the Co-op! Now is the time to elect new members to your Board of Directors.

Lynn Brantley is the only candidate running this season; her impressive bio is below.  We encourage you to get to know your Board and to exercise your right to vote!

Paper ballots in the form of a postcard were mailed to all Owners mid-August.  Ballot boxes, along with additional extra paper ballots, will be available at each store’s Customer Service desk starting Tuesday, August 17th.

Below are some frequently asked questions: 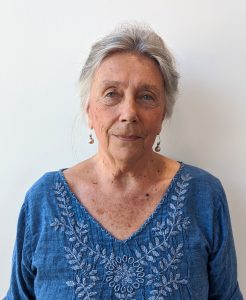 Lynn has lived in Frederick for over 5 years after spending 46 years in the Washington area. She has a deep appreciation for the beautiful farmland in Frederick County.  This appreciation was fostered as she grew up in Pennsylvania Dutch country visiting her grandparents’ farm.

Lynn directed Prince George’s County Community Ministries Food Outreach Program. She also initiated and helped create The Capital Area Food Bank in Washington, DC and served as it’s CEO from 1980 –2012.  Annually the Capital Area Food Bank distributed an average of 36 million pounds of food, half of which was fresh produce, to 500 organizations in the DC area.

Through the Food Bank she contributed and managed many other programs some of which included: working with the Chesapeake Bay Foundation’s Farm in Upper Marlboro that grew 30 acres of organic veggies for low income populations, instituting a nutrition education program, starting a farmers market in Ward 7, implementing a food stamp outreach program, developing an 18,000 person volunteer program which included work release prisoners, raising 45 million dollars to build a 127,000 ft. warehouse, seeking and receiving a million dollars in donations to install solar panels on the new facility, and establishing a 15,000ft satellite warehouse in Northern Virginia.

Lynn connects deeply to the Common Market’s mission to provide local food that supports the Frederick community and local farmers.  She is a proponent of diversity, equity, and inclusion initiatives and has demonstrated this commitment in her previous roles.  Lynn also values Common Market’s community education programs and commitment to sustainable agriculture for the betterment of our community and planet.